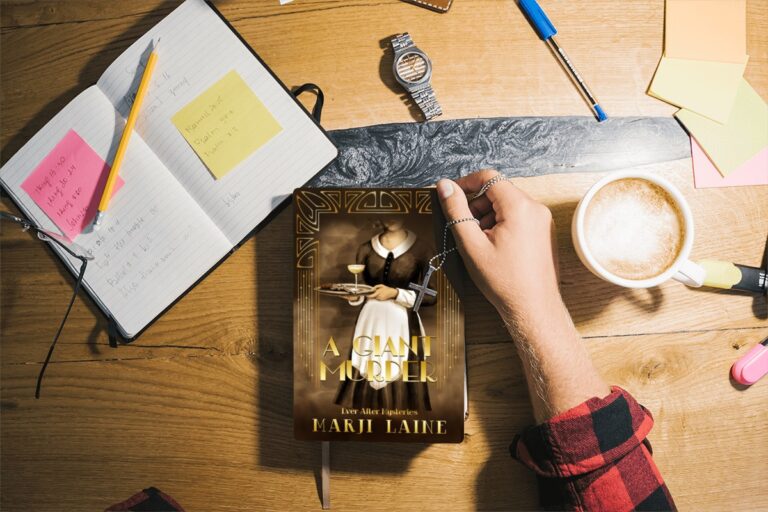 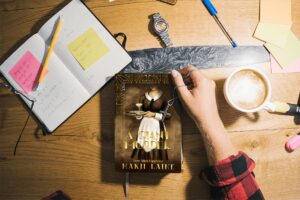 Did I spill the beans? Of course not! I know better than to share secrets I’m not supposed to. However, I may or may not have dropped a couple hints along the way. It’s definitely not my fault that someone spilled them either! I mean, if you follow the clues, you’ll see that Marji is the one who wrote about the beans. What’s so great about beans anyway…unless we’re talking about coffee beans…

But that’s off topic. Between you and me, I don’t think it’s that far of a stretch to suspect that she spilled them. What do I know though? I say you look through everyone’s testimony and look for clues as to who the true culprit. I just know it’s not me.

You can find everyone else’s blogs below:

A Giant Murder by Marji Laine

Would you like a shot of… death with that, sir?

Josephine Jacobs was just doing her job, serving at an exclusive party, so why is she now being accused of shooting TG Taggert?

At a party full of suspects in the murder of Taggert, Josie served the food giant everything but an eternally “parting shot.” Who really killed TG Taggert?  His wife?  His son, Jack?  What about Harper Davis?  Rumor has it, she was having an affair with him—motive for her or Taggert’s wife! The list of those who seemed to hate him keeps growing, including a chemist and a chef!

With her long-time friend, Office Porter O’Brien, Josie sets out to find out who really killed “the giant,” and clear her name.

Find out in this next book in the Ever After Mysteries, combining beloved fairy tales and mysteries. A Giant Murder offers a retelling of “Jack and the Beanstalk” with enough clues and suspects to keep you looking over your shoulder. We’d recommend Kevlar… but it hasn’t been invented yet!

Find out more about who spilled the beans plus enter giveaways below: