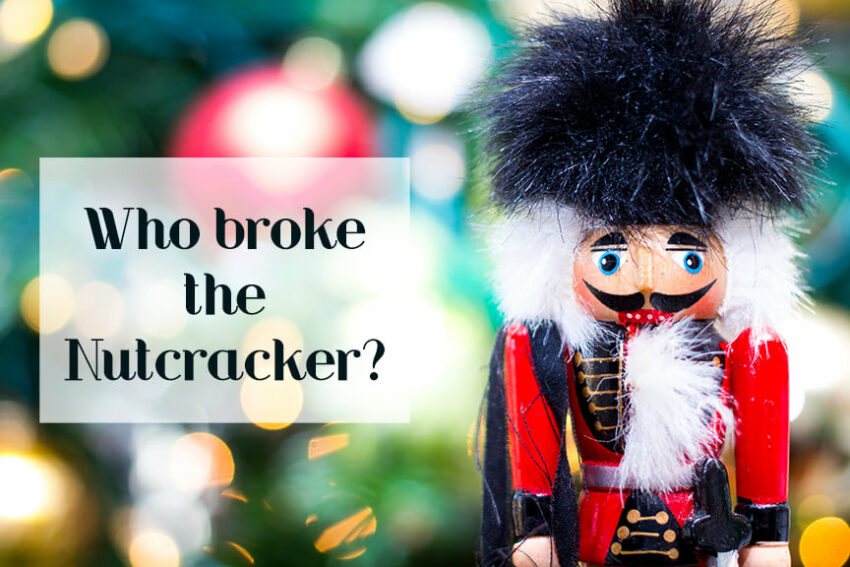 I sat on the floor with boxes littered all around me. Yes, it was that time of year. Decorating our house for Christmas is an all-day affair. I don’t know how I manage to fit all the baubles everywhere each year, but I do.

Anyways, that’s not the important part.

So, there I sat with my Starbucks close by me, a treat my mom buys me every year for decorating. I removed the items from the box one by one, carefully unwrapping the newspaper surrounding each decoration. It was a tedious job when there are so many packed together in one box, and there are five other boxes just like it.

I piled everything around the coffee table to see what I had to work with. I noticed there were a few things not in the big boxes that needed to be unwrapped. I piled the wall signs together, set aside the lantern centerpiece, and dragged the workshop snowman up the stair to the landing.

Thinking that was everything, I sorted through my pile so I knew what decorations I wanted in which room. Then I stubbed my toe on a smaller box walking around the couch.

“That’s weird. I don’t remember this box,” I muttered to myself.

Any guesses? No? Okay, moving on then.

It was a nutcracker…

I have to admit, I’ve never been fond of nutcrackers. I think they’re sort of creepy, but that’s probably just me. Pulling it out of the box, I felt a sharp pain in my finger.

My first instinct was to drop the nutcracker and inspect my finger. And I did let go of it, but I was able to catch it again before it hit the floor! No harm, no foul, right?

So, you can imagine my surprise when I noticed the cracks in the thing. Looks like it had hit something pretty hard. At least I know it wasn’t me…I didn’t recognize it, and it was broken, so I carefully tucked it back into the box. (I didn’t want any more finger damage.) I set the box on the table, and by the time I was finished decorating, the box was gone!

I have no idea where that nutcracker came from or why it was broken…but all that matters is that it was broken when I found it. I don’t want to be blamed for that, you know?

Maybe the others have more information?

You can find out what they have to say here:

Chautona Havig
Cathe Swanson
Tomorrow you can find what Rebekah knows about it! 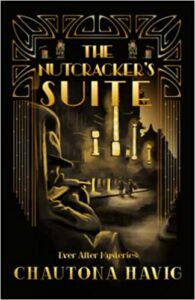 A painter at the Meyer’s Toys factory, Clarice Stahl, knows something is strange about the way so many men come and go through Mr. Meyer’s office, especially one in particular.

Then murder strikes a little too close to home and uncorks a barrel of secrets.

When mob king, Mario Topo’s, enforcer goes missing the race is on to prove he’s behind the murder. Police and mobsters alike are after Milo Natale, and he who finds Milo first might determine the enforcer’s fate.

A race through the city, a new friend… or more… a new life in the offing. Milo and Clarice must find who killed Topo’s man and why before the police arrest him for murder or Topo’s men bump him and Clarice off,
too.

This next book in the Ever After Mysteries combines “The Nutcracker Suite” with a murder mystery set in the heart of 1920s Rockland.

Get your copy HERE!